This was my first try at potato soup!

It was perfect for the cold summer days. 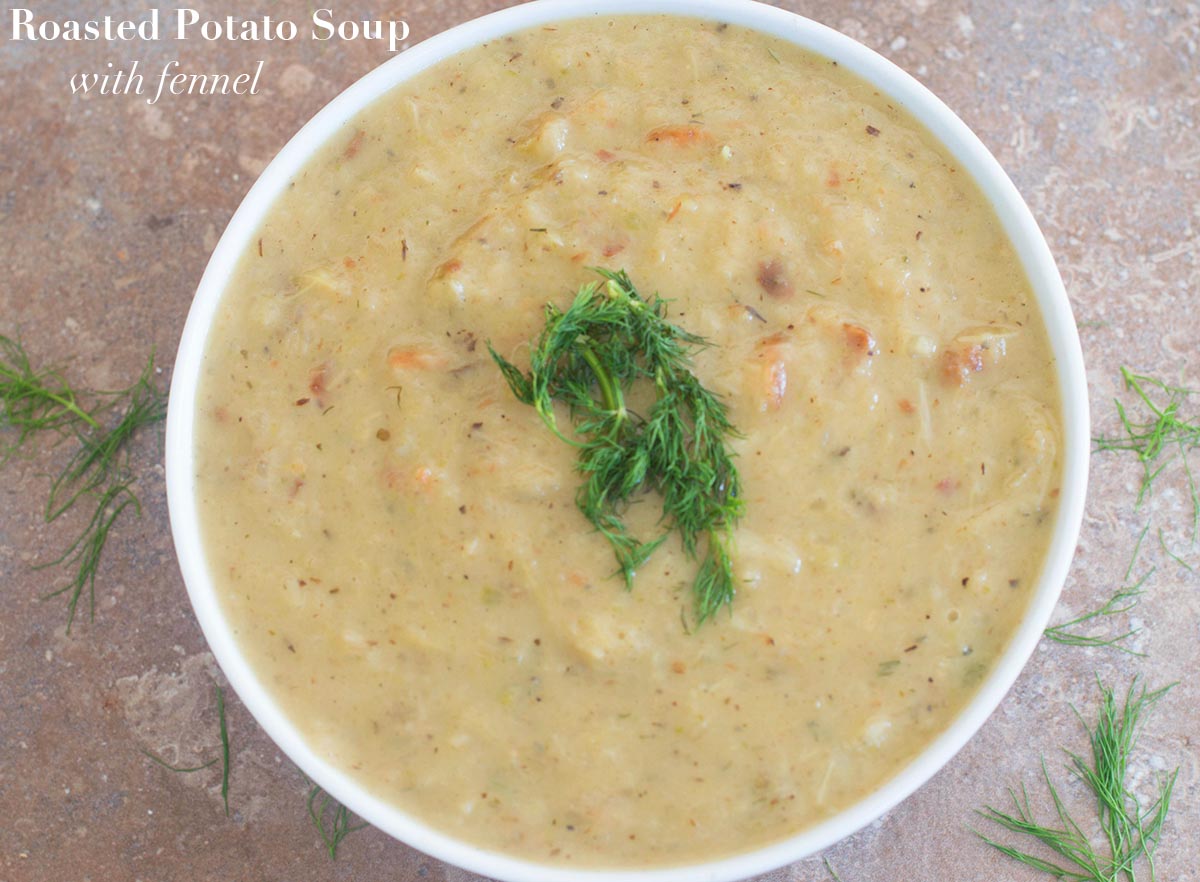 This soup has all the ingredients for a hearty, warm and comforting meal.  I decided to roast the potatoes because it really brings out its flavors while retaining its texture.

That turned out to be a very delicious decision.

My favorite part of this recipe is the fennel.  I had never used it on the blog before my pickled vegetables recipe and now, I have five recipes planned.  It is one of the most fragrant vegetables I have worked with.  When I sliced into it, my kitchen was filled with a licorice and star anise aroma. 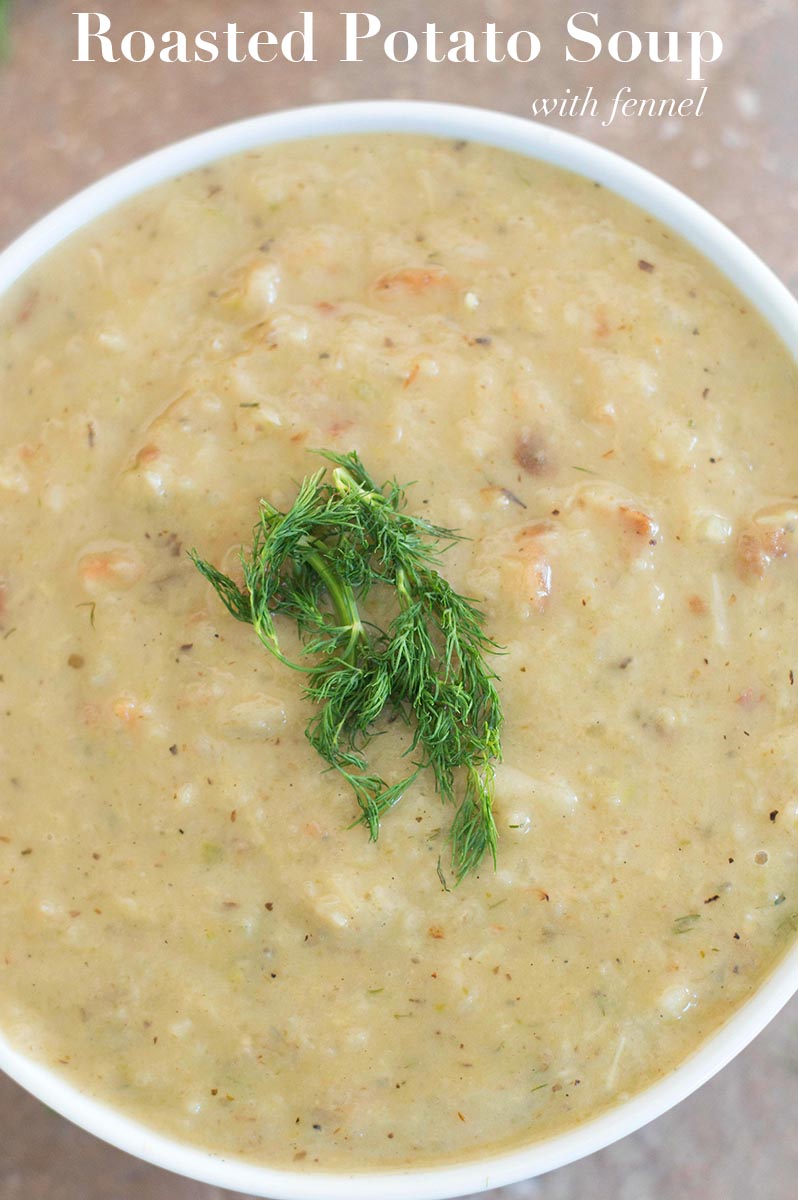 They had an even more heady aroma when I roasted them on the stove top.  The aroma seeped into my pores and I could smell it in my sleep.  It is some of the best sleep I have had in a very long time.

In my broccoli and cauliflower soup, I used coconut milk to make it creamy.  However, in this soup, I used cream de coconut which is sweeter than coconut milk.  When combined with ginger, this soup becomes sweet, spicy and oh so delicious! I also left this soup a little chunky because that is the way I like my soups. 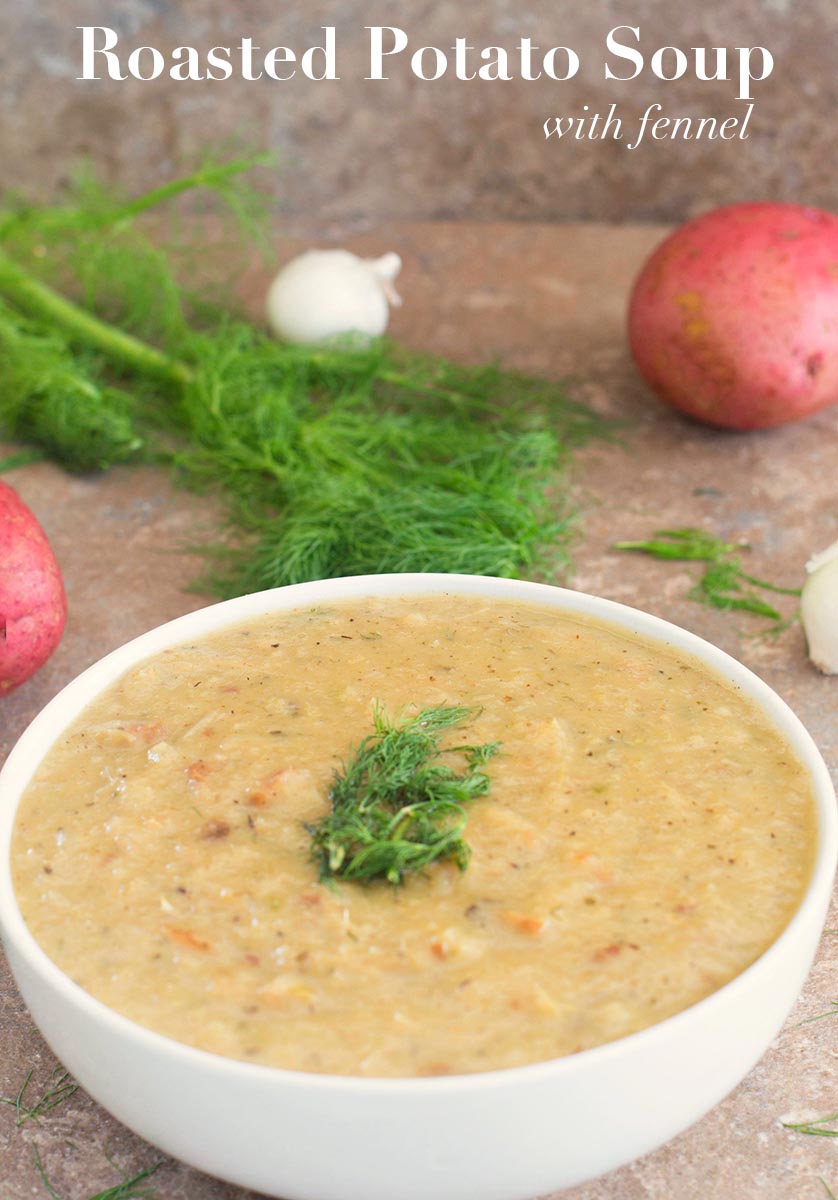 This recipe uses baby potatoes.  If you are fan of them, check out some of my other baby potato recipes

What is your favorite winter soup? 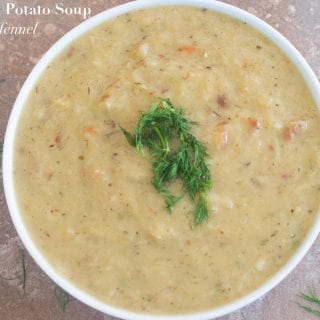 For Roasting The Potatoes

Cooking at home? Quick recipes for you to make anytime