Stuffed Bell Peppers with an exotic flare. This recipe has fennel seeds and soba noodles. It is easy to make and you will love how great it tastes

Somewhere along the way, while traveling on the yellow brick road, I discovered that I can use fennel seeds in my cooking.

This was around the time that I was wearing pagers on my hips, strolling for music on Napster and thanking the Tech Gods for inventing DSL. 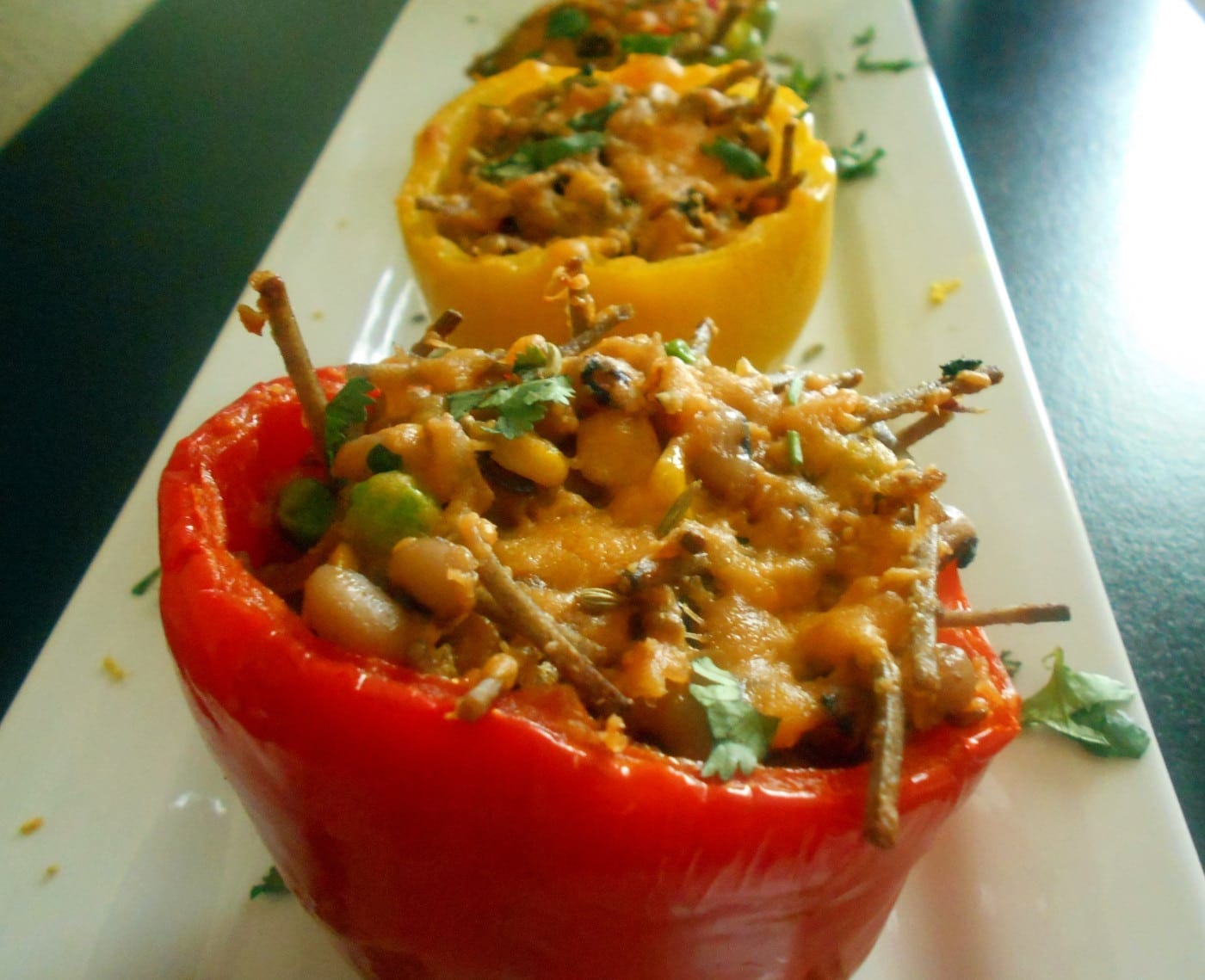 Yes, I am talking about the wonderful year that was 2000.  Sadly, I was never cooler than I was in those days.

Stop me before I go down the memory lane, AGAIN!

Alright, I am bringing the focus back to stuffed bell peppers and the exotic Fennel Seed.  Fennel seeds are so minty that it is actually used as mouth refresher after Indian meals.  You have probably seen them being served in a tray at the entrance / exit of any Indian restaurant.

I have discovered that fennel seeds, in addition to giving the stuffed bell pepper dish a fresh minty flavor, gave the dish a delightful aroma.  Now, I find myself using these seeds almost every week. 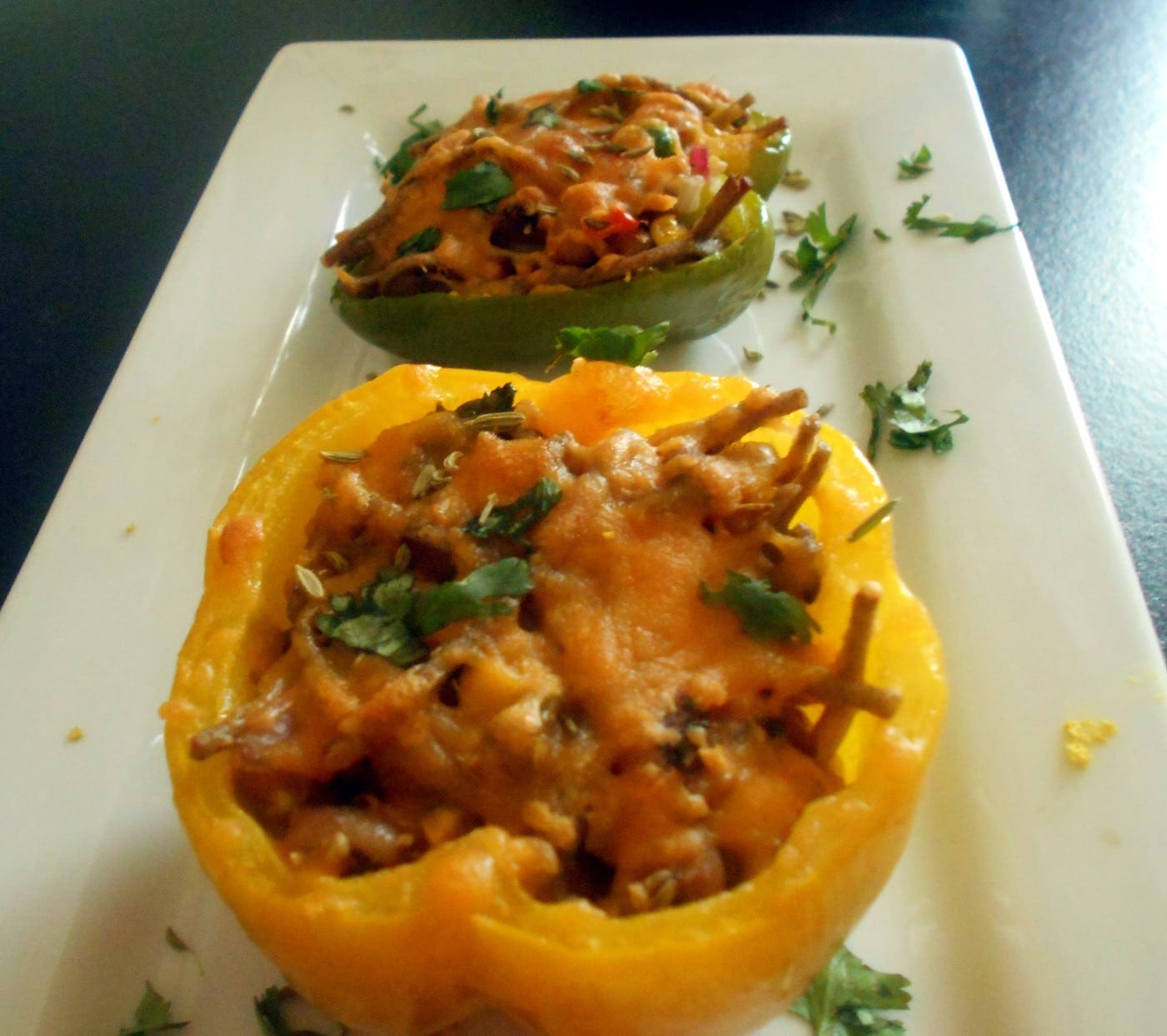 In the fridge, I had onions, radishes, bell peppers, corn and an open can of black eyed peas, all of which looked like they might rot in the next minute.

So, I combined all the veggies into the stuffed bell pepper dish.  To make this dish stand out in the flavor department, I included fennel seeds.

Incidentally, you can use this stuffing in a veggie roll.  Use rice paper for best results.  If you can find a ginger and peanut dipping sauce recipe, be sure to use that.

Maybe, you might even see the recipe for that on this blog soon……

In the meantime, how about making some stuffed tomatoes for dinner?

You can also use fennel seeds in a cauliflower curry recipe.  Fennel seeds also make a spice when pickling leftover vegetables or to pickle tomatoes

Do you think fennel seeds was a good choice for this dish?

How To Make Stuffed Bell Peppers

You can serve the bell peppers with a side of your favorite BBQ or hot sauce.

« Fried Green Tomatillo With Carom Seeds
Bruschetta Made With Tomatillos »