Vegan Chickn and Waffles Burger is exactly what vegans need for the grilling season.  Grill peppers and onions before topping it on waffles along with crispy chick’n tenders

Disclosure: I was sent various free products by Gardein via the Meatless Monday Movement to create recipes for the grilling season.  I didn’t receive any additional compensation for the recipes and all the opinions are my own

Waffles and grilling season are not normally paired together!

Waffles are for breakfast, right?

I have seen waffles being paired with chicken as a Southern staple and I was always fascinated by that concept.

So, when I saw one of the items that Gardein sent me were chicken tenders, I figured it was a sign for me to try a chick’n and waffles recipe.

To make things easy, I decided to grill all the ingredients so that they can be cooked outdoors during the summer.  When grilling season is over, these burgers can also be cooked on a stove top grill. 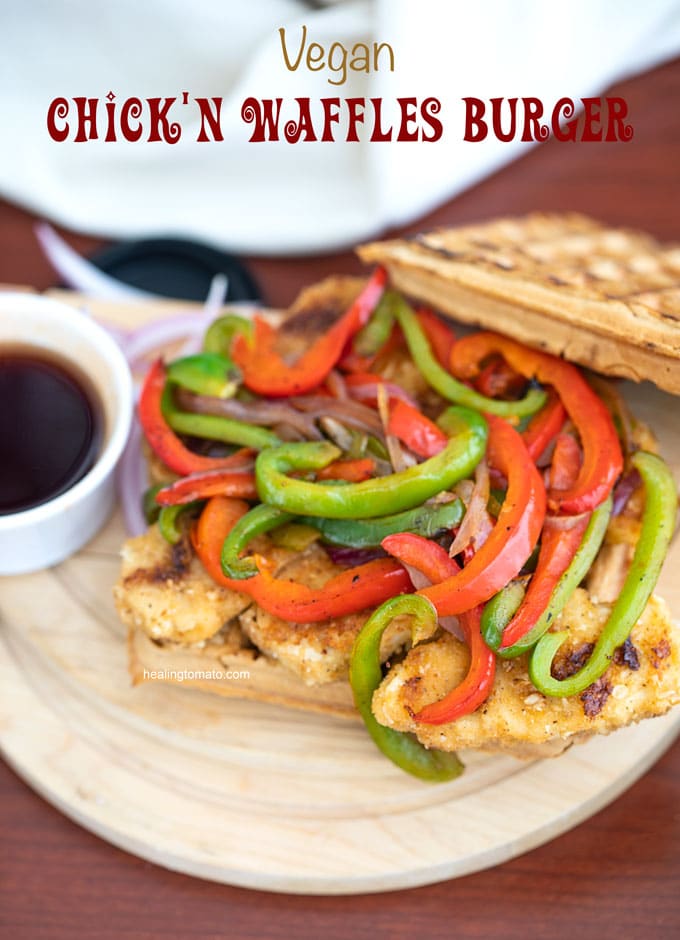 How awesome is that? These chickn and waffles burgers can be enjoyed anytime your craving tooth signals for it.

Speaking of waffles, have you tried my vegan kale waffles?

Who can eat these chick’n and waffle burgers?

If you are a vegetarian, vegan, flexitarian, meat eater or pescatarion, you are the right person to enjoy this burger and all of Gardein’s products.  They make vegan versions of all the popular meat products, so, everyone can find something to eat.

If you are (or were) a chicken eater, you are going to love their line of “tastes like chicken” products.  I have to say that the Mandarin Orange Chick’n tastes really good.

Some of Gardein’s chickn products include (please note that all 4 links below are affiliate links): 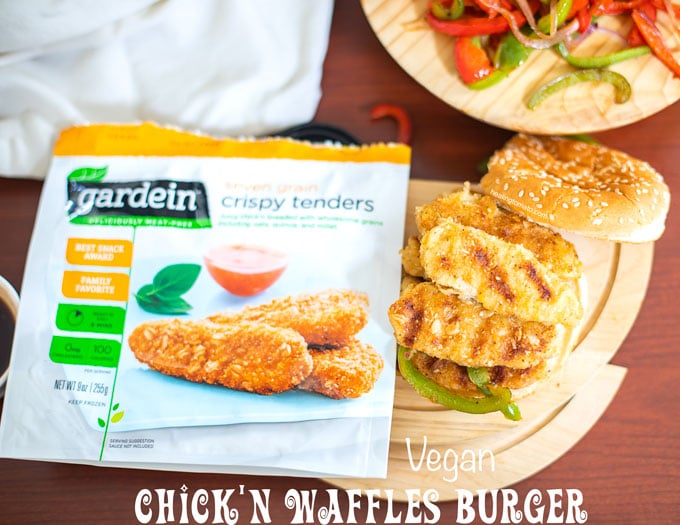 Gardein was founded 25 years ago with the goal of harnessing the power of vegetables.  Their products have more than just soy in it.  They put plant-derived proteins in their products.

In the crispy tender chick’n I used in this recipe, they add pea protein, carrot fiber and potato starch, along with soy.  I was surprised by the texture because it was thick and dense.  Until now, I hadn’t really dived into imitation meat products, but, this was definitely worth the taste.

You are going to love their vegan meatballs! I put them in my vegan cazone’s recipe and they were a huge hit.

Where Do I Buy Gardein Products?

Gardein products can be found in most supermarkets and big box stores.  They are also sold at organic grocery stores.  You can click on this link and it will take you to their “where to buy” page.  You can also order them via Amazon.

I have to say that their line of burgers has been a family favorite.  In fact, when they sent me their products, their black bean burger was consumed that same day.  I didn’t have a chance to photograph them. 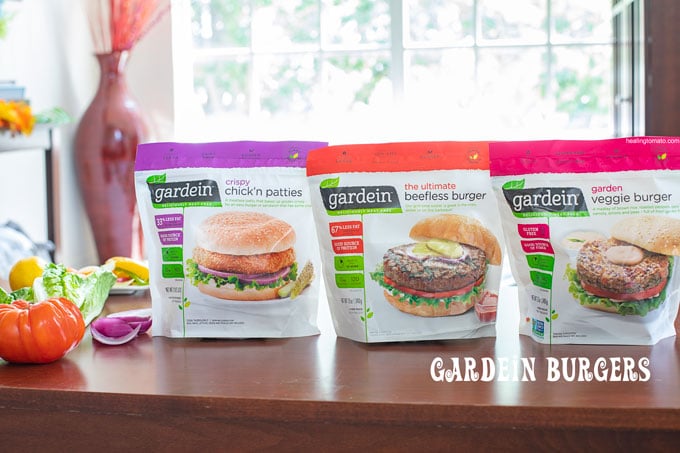 Instead of the traditional burger, I also made a bun-less burger bowl which turned out to be so delicious.  I grilled veggies and the burgers, put them in a bowl and topped it with my homemade peanut satay sauce

I think I am going to start making more bun-less burgers. 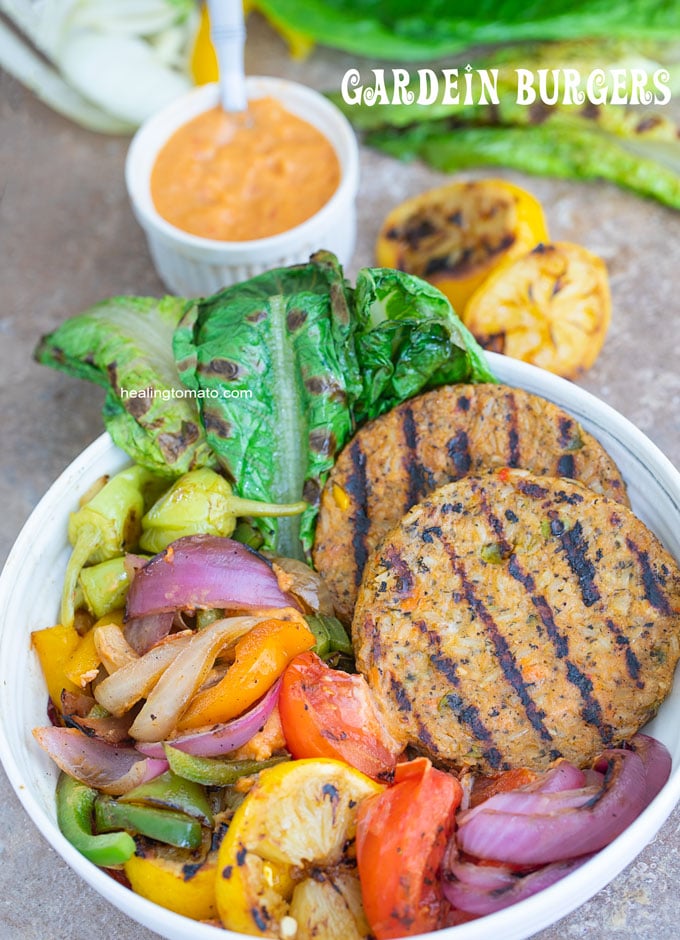 If you are purist and don’t like waffles instead of buns, go ahead and use buns on it.  Sometimes, you just don’t want to mess with the classics, so, it would be ok to use sesame seed buns instead.

Do you prefer the waffle burger or the classic bun burger? 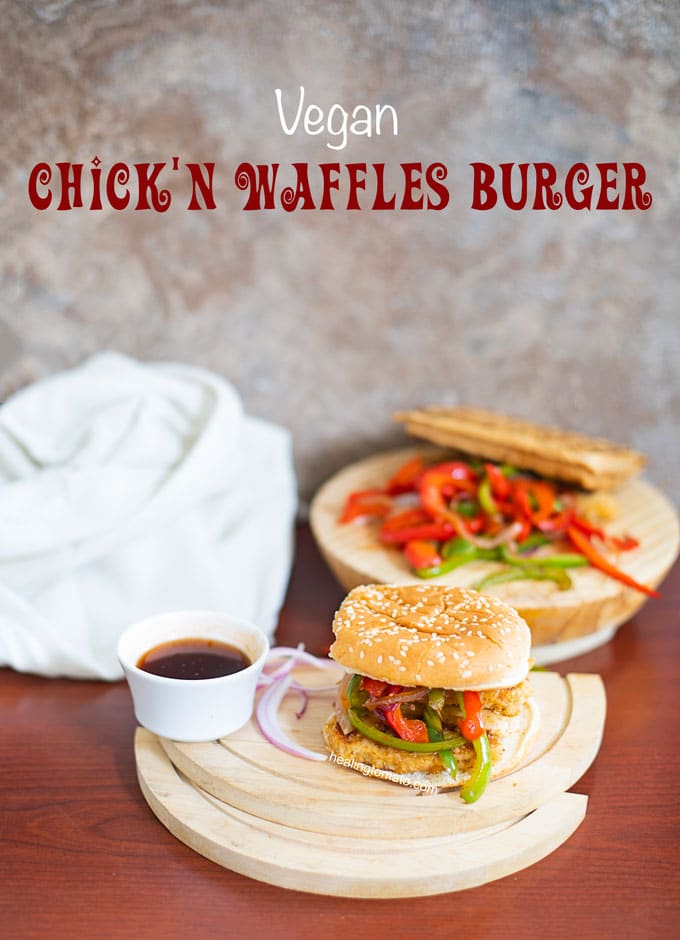 What sauce goes best with these chickn and waffles burgers?


How to make Chickn and Waffles Burger 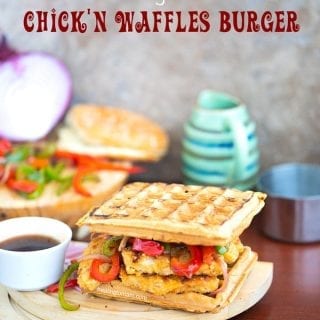 For the Vegan Waffles (or you can use your favorite waffles)

To make the vegan waffles

To Grill the toppings

- Grills cook at different levels, so, cooking times will vary - Do not thaw the crispy chick'n tenders. Remove any icicles before placing them on the grill This waffles recipe is inspired by My vegan waffles recipe was inspired by Loving It Vegan's Classic Vegan Waffles
Keyword can you make vegan chick'n, types of vegan burgers, What to make with Gardein 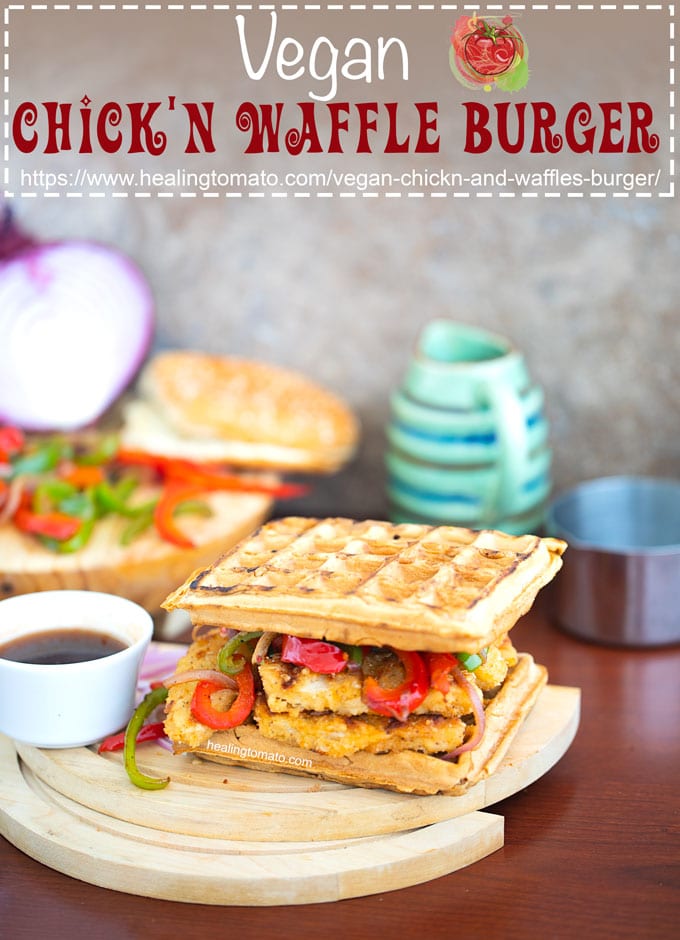