Green Tomato Crumble Pie – Tomato Desserts are a thing! Here is a tomato dessert using green tomatoes. Made with 4 ingredients only and ready in 30 minutes

Oh my gosh, can. you believe I made a tomato pie?

I am still pinching myself and I devour this scrumptious pie! 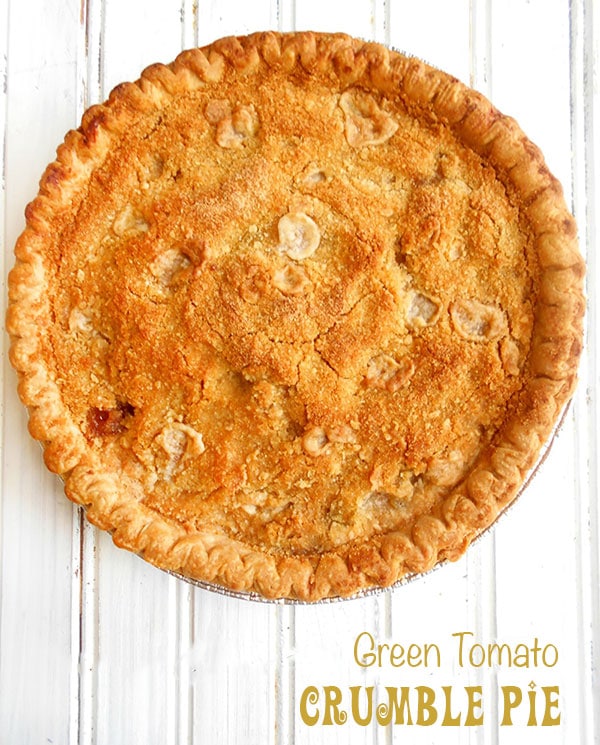 Last year, I made a tomato galette.  I love celebrating anniversaries with tomatoes and this anniversary is no exception.

For this anniversary, I went with tomatoes in a dessert recipe.  It was inspired by a post I did a few months ago.  I wrote a collection of tomato dessert which included some AMAZING tomato desserts from around the web.

So, I knew that I was going to make a tomato dessert! 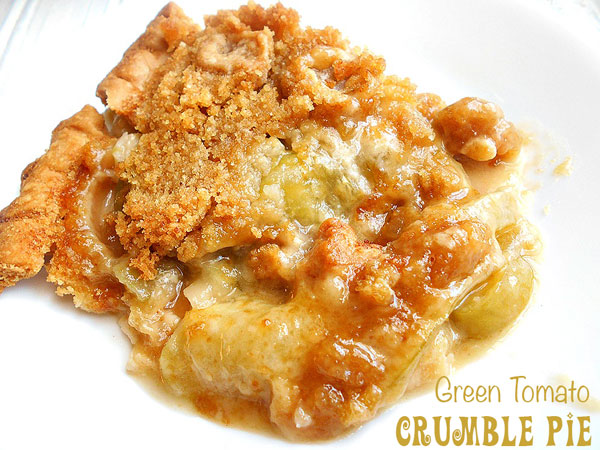 To make it easy, I used store bought pie crusts.  They are easier than making my own pie crust.  But, it you are inclined, you make your very own pie crusts at home.

Fresh green tomatoes are always in season, so , this recipe is perfect to make any time of the year.  I am planning on serving it for Thanksgiving.  I want to see the look of surprise on my friends’ faces when they realize that the scrumptious pie they just ate was made with tomatoes

Green tomato crumble pie tastes just like granny smith apple pie in many ways.  They have the same sour flavor when you bite into it.  Granny smiths are sweeter than green tomatoes, which is why I added a little extra sugar to this recipe

Trust me, you will love this green tomato pie’s simplicity and flavor.

Have you tasted green tomato pie before? 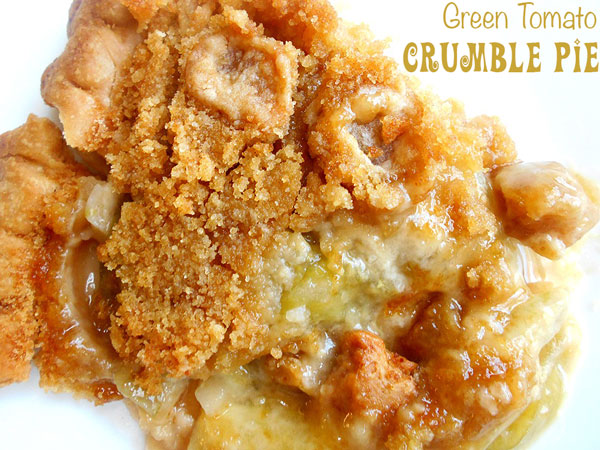 I used some regular butter instead of vegan butter when I first tried it out.  I also used regular brown sugar for the testing phase.

The pie crust is vegan, too.  My local Publix has vegan, GF pie crust, so, you should be able to find it in your local grocery store too.

If you can’t find it in your local store, making it at home is really easy.  Here is my recipe for vegan pie crust that is super easy to make at home 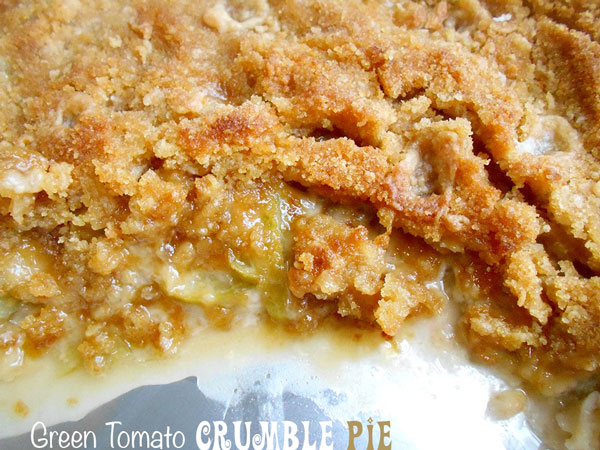 What is your favorite crumble pie recipe? 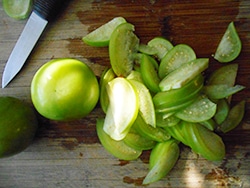 4) Place the green tomatoes inside the pie crust and use a baster to glaze the top of the tomatoes.  I made 2 pies, so, there are about 4 green tomatoes per pie. In one, I cut off the edges, but, you don’t have to. 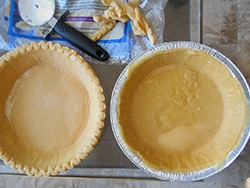 5) Place the pies and tomatoes inside the oven and let them bake for no more than 10 minutes.  If you see the tomatoes browning on the top, they are ready to be removed from the oven (missing photo)

Making the crumble top for the pie

6) While the green tomatoes are in the oven, assemble the crumble ingredients.  In a bowl, add one cup of vegan brown sugar. 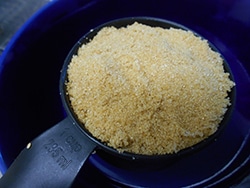 7) Add one cup of sifted, unbleached self rising flour. 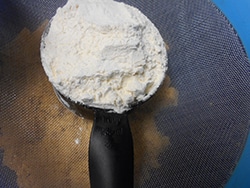 8) Take one stick of vegan butter and cut it into pieces.  Add this into this bowl. 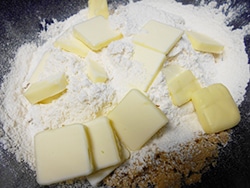 10) Remove the pies from the oven and let them cool for about 5 minutes.  Top with the crumble mixture and place them in the oven again for about 25 minutes or until the top is browned. (missing photo)

11) Remove from the oven and allow it too cool.  It took me about 3 hours to cool it completely.

Cut and serve this green tomato crumble pie by itself or with ice cream. 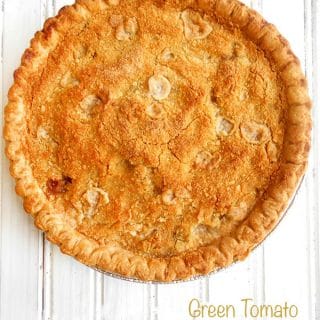