This Greek Nachos recipe is a quick and simple lunch or dinner idea. Its a fun recipe that everyone can enjoy and its so easy to make. The hummus is the best part of this recipe. It really brings all the flavors together

Nachos are my biggest weakness.  I have never eaten nachos that I didn’t like.

Today, I am experimenting with Greek Nachos.  This recipe is all about comfort food, Mediterranean style.  Even the Greek gods loved to indulge in the carb heavy dishes, once in a while.

I almost added chick peas to this recipe then decided against it because this dish already has a heavy layer of hummus. If, however, you decide to go with the beet hummus, then, pack the nachos with chick peas. 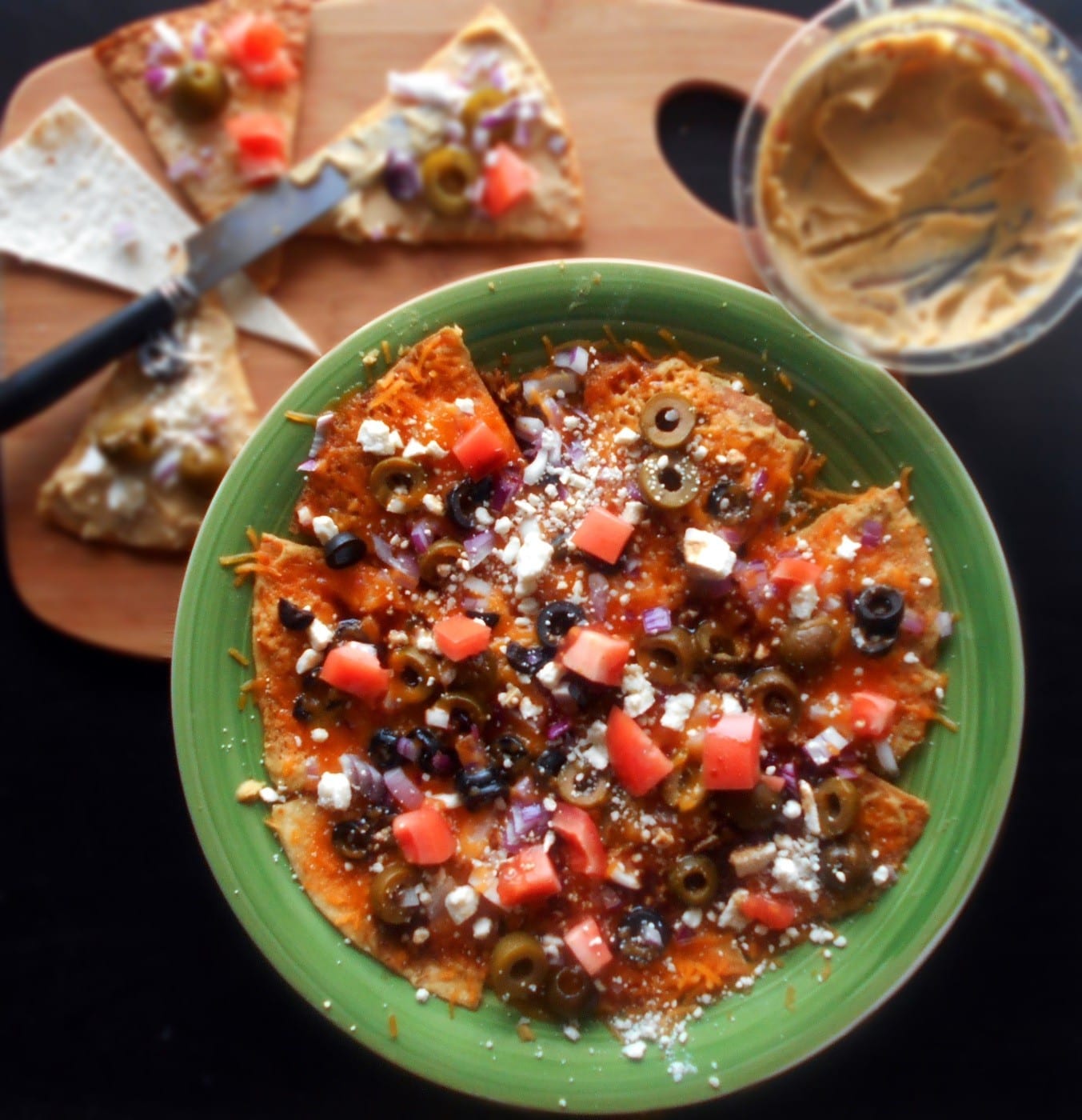 I have to find creative ways to supplement protein into my diet.  Lentils are protein kings, but, they can get boring after a while.

Kidney beans are also a creative way of adding protein to a diet, but, they don’t work well in a Greek nachos recipe.

So, I tend to choose a protein packed hummus, especially if they have added nuts. It definitely spiced up my Greek nachos. 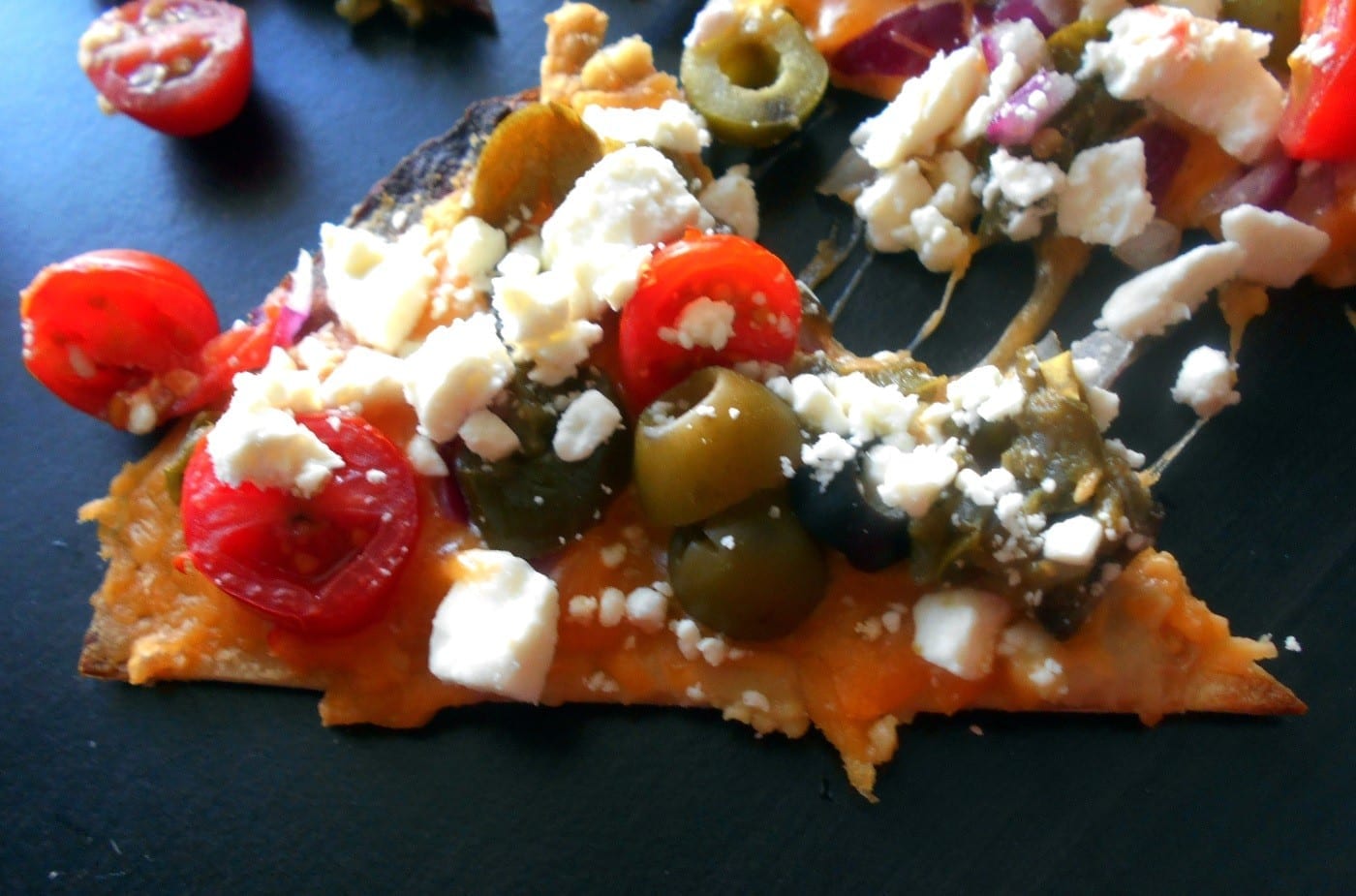 No nacho is complete without melted cheese, right? I went with added shredded cheddar in this recipe, but, I also topped it with Feta cheese. If it doesn’t have Feta, it is not Greek.

With all that said, the olives are the star in this recipe! I went with two varieties of olives: California Ripe Green and Black Olives for this recipe.  It is the perfect marriage of salty and sour.

Olives are an integral part of Mediterranean diet recipes.  They have amazing health benefits and they taste so great.  They are also in my list of “thinking food” 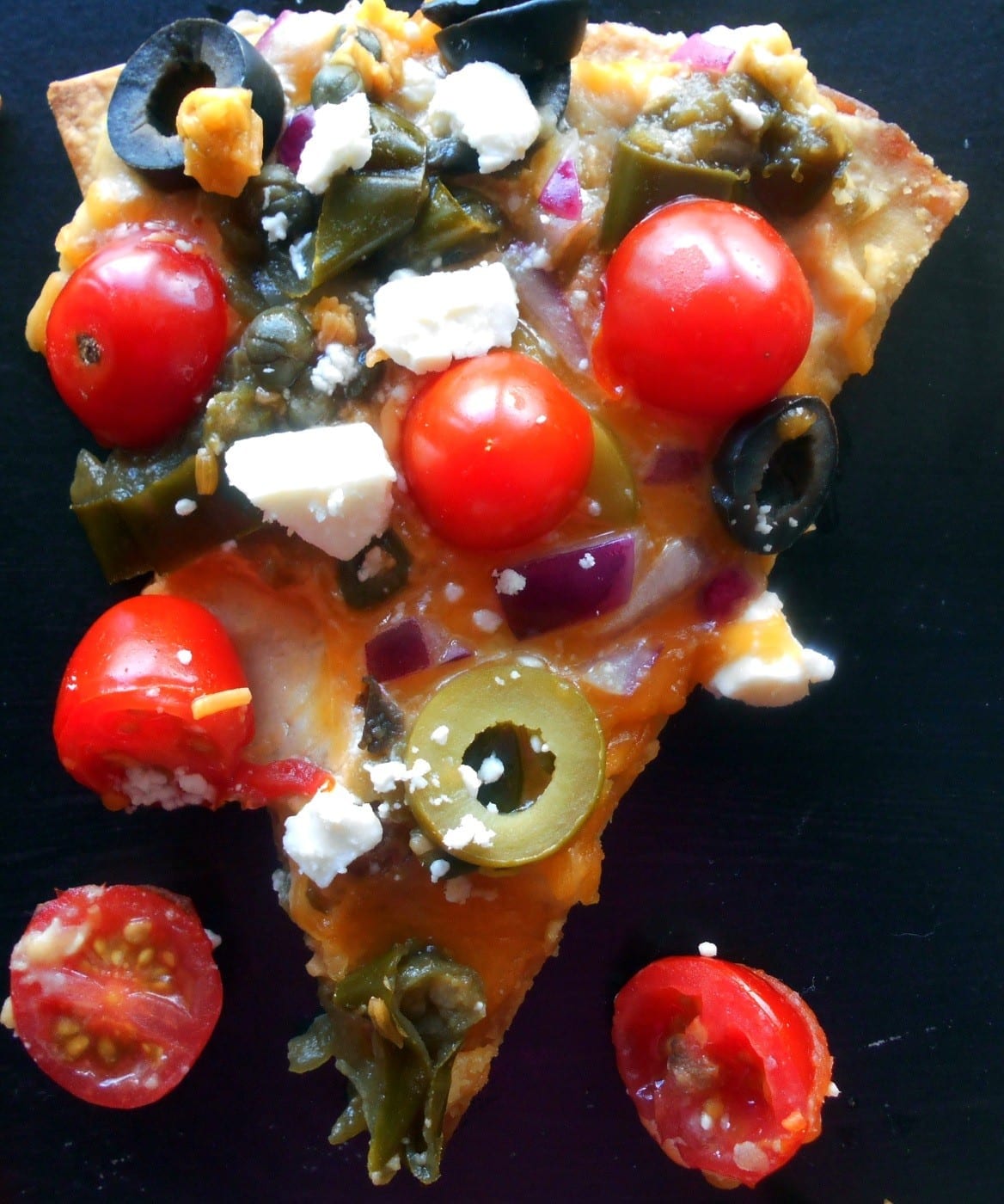 I also used Mexican tortillas to make the nacho chips.  It turned out to be so much better than store bought nacho chips.   Additionally, I used Pita chips to add a little crunch to the Greek Nachos.

If you like these nachos, you are going to love my vegetarian nachos and my vegan nachos

What’s your favorite type of nachos?

How To Make Greek Nachos 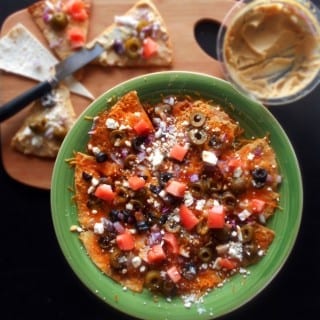 Nutrition Info is approximate
Keyword Greek Appetizers, What to make with hummus